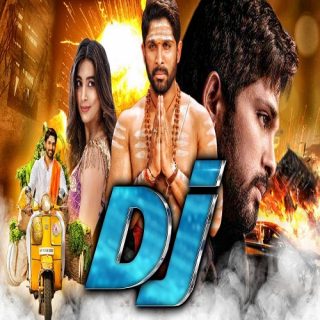 Duvvada Jagannatham Shastri is a cook, working as a caterer in Vijayawada along with his family Jagannatham rescues a high-profile cop Purushottam from the attack of a crime mafia in Hyderabad. Seeing the quality of a rebellion in the priest, and his sharp shooting skills, the cop trains the priest to become DJ, an encounter specialist who fights crime in disguise of a Brahmin priest. Jagannadham falls in love with Pooja the daughter of a corrupt home minister involved with yet another real estate crime lord Royal Naidu who operates Naidu Industries, and Agro Diamond Financing company in disguise. On the other hand, DJ decides to take on Royal Naidu in his mission but does not know who he is in actual life. Rest of the story is as how DJ uses Royal Naidu's son Royal Avinash who suffers with Histrionic personality disorder, and through him DJ destroys Royal Naidu's corrupt business empire, thereby rescuing Agro Diamond scam victims