Amazon Presents the Official Teaser of "Penguin" Feature Keerthy Suresh in main role. The film was produced by Kaarthekeyen Santhanam, Sudhan Sundaram & Jayaram for Amazon Prime Video under Karthik Subbaraj production in association with Stone Bench Films and Passion Studios. The film was written and directed by Eshavar Karthic and music of this film was given by Santosh Narayanan and song release on Sony Music. The movie was slated for theatrical release but the producers have decided to release it on OTT(Over-the-top) platform due to the out-break of pandemic covid 19 in India. The movies will be streamed world premiere Friday, 19 June 2020, only on Amazon Prime Video in Tamil, Telugu and Malayalam languages. Enjoy the teaser. Stay home stay safe 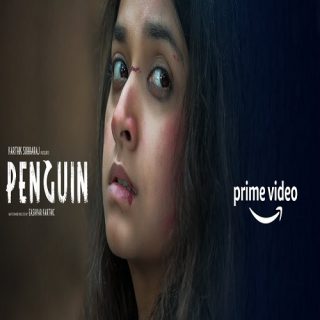 Behind all stories, there's a mother's story